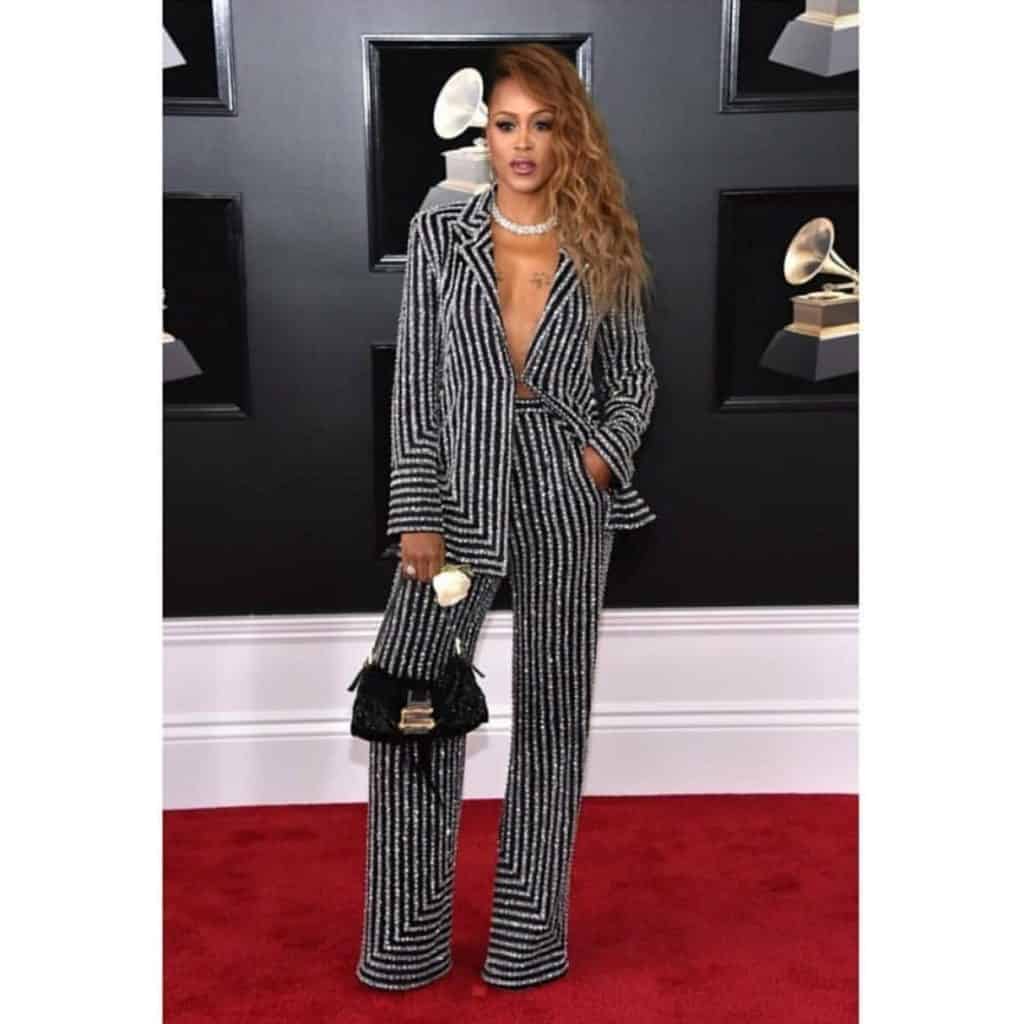 The Grammy’s Red Carpet this year was ok, but there were definitely some winners in the fashion department. I wanted to share some of my favorite looks that I liked from Red Carpet and other events from this past weekend! I will start off with the Grammy red carpet which I did not see too much that stood out in my opinion. Many pieces from several celebrities I did like but I felt like I could not commit to a whole look. They would have one piece that would throw me off. As a result, would not deem the whole look a favorite for me.

I did see one celebrity who’s whole look caught my eye and that was Eve, the former Pitbull in a skirt! First of all, it sparkles which is always a stand out for me and secondly its the epitome of sexy menswear! I love the open jacket with no bra effect which takes the outfits sexy level to a high! Adding the necklace with the hair and good makeup, this look is definitely a winner. Great job Eve, you look amazing! This was made by Naeem Khan. 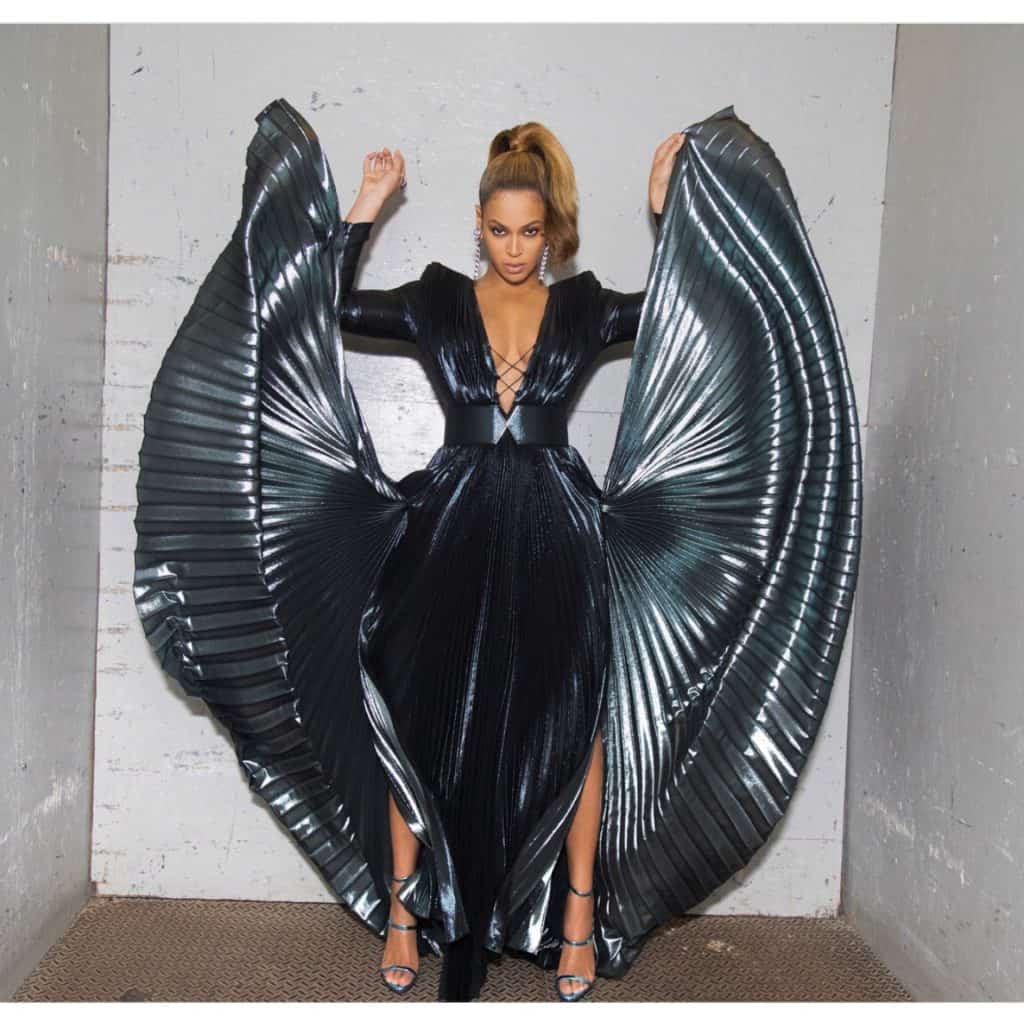 Let’s talk about Beyonce’s dress she wore to the Roc Nation brunch. So at first, I wasn’t really head over heels for this look. It was a nice dress I thought, but it didn’t really stand out. Then in true Beyonce fashion, she posted her photoshoot for this look on Instagram and I was able to see the shoes and the actual metallic effect of the dress and I started liking it more. Then I saw the shot above, along with the other shot she took walking down the stairs with her glasses on and I was sold. Mrs. Carter, you did that, LOL!!! This is custom Ralph and Russo, one of my fav’s! 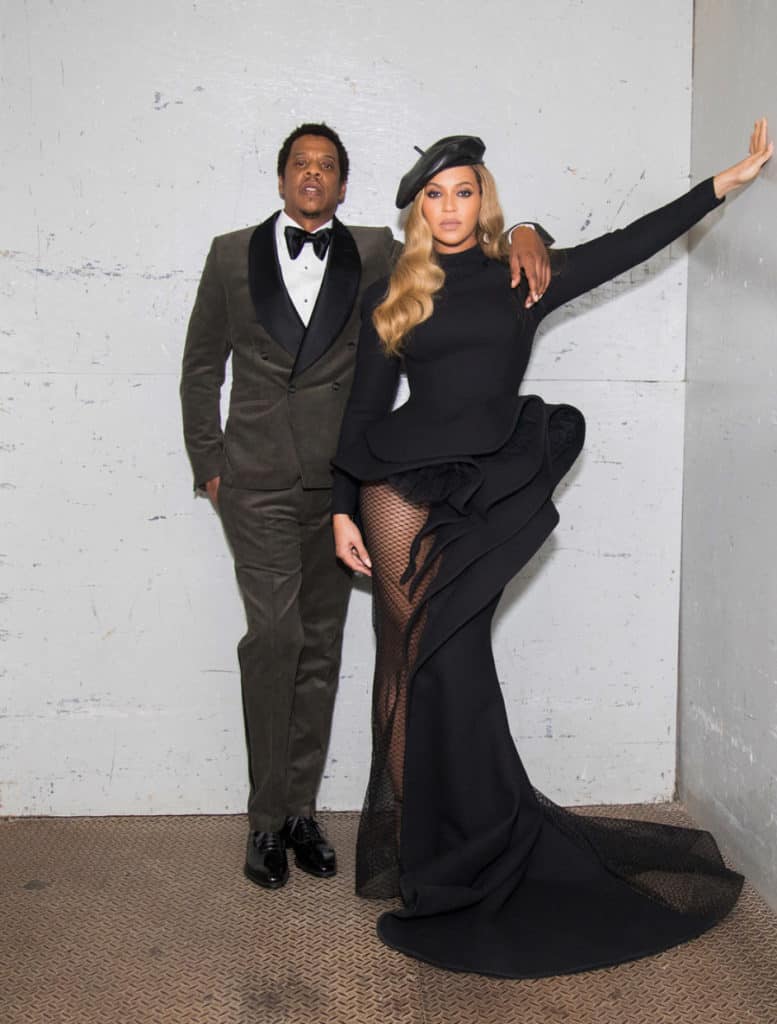 Then Mrs. Carter decided that the look she wore earlier did not slay enough, and she decided to put on this number right here! I love everything about this dress, especially on her body! I love the elements of the mesh with the other fabric on the other side! The hat is just icing on the cake! Perfecto! This is custom Azzi and Osta, new to me but I definitely will be checking them out!

Where Can You Buy Cheap Sunglasses?

How Should You Dress For A Nightclub? Austin Edition!

Is It Bad To Go Out In Pajamas?

Hey!!! I’m Eric Lee Edmonson, a personal branding style coach and the founder of Essence of Style known for curating body accentuating outfits that exude elegance and unleash my clients’ inner “rich auntie” vibe. I teach public speakers how to uncover their style personality, dress for success and drip with confidence on and off the stage.